LET ME TELL YOU WHO I AM

LET ME TELL YOU WHO I AM

In the howling that is bees ushering twilight out
and the blackness that is night in across the sky,
I am every dying star appearing diamond-like
and each planet aligning with our own.
I'll be the blush along the horizon announcing
dawn as Sol's coin slides up, glowing
and the warmth you feel when your kitten
purrs, good morning beside you in your bed.
I am the instinct in your feet as they hit the
floor an instant before your baby calls for
you to come and get him.
The gasp you utter in the night when the phone
rings and your heart stops beating
for the few seconds it takes you to answer it.
I am all the dotted lines upon which you will ever
be asked to sign your name —
for good reasons, and those not so great—.
And the blue envelopes in your mailbox bringing
letters from overseas, even in these days
of emails and Facebook
I am the thick white and yellow pages you used
to find in big cities, and still can, if you look hard
enough, containing the names and numbers
of everyone, you will ever need to contact.
In the days that feel dwindling towards the end
of your life, I will be the sound of solace
you desire.
The master of ceremonies, the person in charge
of the view-master, the reels; I'll unspool whatever
memories you are keen to review.
Before you take your final bow—I live, then die,
to serve you.

APRIL IS THE CRUELEST MONTH 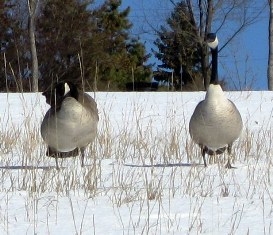 Most any other place

What they tell me

To see showers and flowers

And wakes to bowers

And drifts of that white stuff

Not fog or mist or dew

As any of that

Here in this place

Crouched on the lip

Of the Arctic Circle

As some wise scribe

A BEGINNER REFLECTS ON IWWG: HOW SHE GOT THERE, WAS THERE, LEFT - 2017

In the winter of 2017, a friend I write with online – Ingrid Bruck – suggested there was an organisation she belonged to that I might like … she gave me the link to IWWG and I checked it out.
Ingrid was quite right. She had talked about this superb conference she attended in Muhlenberg that was just for women writers, trying to encourage all the writers we write with to attend. (We’re a group of seven or eight collaborators from all around the planet, poets mainly – we’ve known each other from studying various MOOC’s but have stayed in touch in this smaller group to work on rengays, on a regular basis.)

This year, only I managed to attend the conference but after I read the courses offered, and one in particular – I was determined to come. Eunice Scarfe is not only on IWWG’s board, she’s a regular presenter at the conferences, and, she’s also a big deal where I come from – Edmonton, Alberta, Canada. As it happened, after years of trying, I finally managed to enroll in one of Eunice’s classes in Edmonton this past May – and was thrilled I could tell her I’d see her in Muhlenberg also.

Was IWWG what I thought it would be? Oh yes!

Ingrid had tried to prepare me for this wondrous event and even offered to put me up at her house in Pequea, PA (about 2 hours from Muhlenberg) before and after the conference (this is someone I only knew online, until the conference) – a generous offer I decided to take her up on.

This was not my first rodeo, as we’re fond of saying in the west. I’ve had the good fortune of attending workshops with publishers in Colrain, Massachusetts, with mixed genre facilitators in Hudson, New York, and with the late Thomas Lux in Palm Beach, Florida – not to mention many in Canada as well.  I guess you could say, after almost seven decades on the planet, I’m not easily impressed.

But this conference managed to put paid to that notion – being hard to impress me, that is – I arrived with a healthy dose of skepticism in my bag, and left thoroughly uplifted.

Ingrid had primed my pump, so to speak, telling me glowingly of the supportive atmosphere she found at previous conferences, and mentioning various instructors she thought I’d find commonalities with –  she mentioned Susan Tiberghien and Myra Shapiro, for instance; when I threw Eunice Scarfe into the mix myself, Ingrid knew I was a goner.

Being gently guided to and from the conference by two long-time attenders, Ingrid and her sister Leslie Keithline, who flew in from Denver to join us, to being embraced by newbies and seasoned members alike – my indoctrination as a first-year joiner was about as perfect as I could have wished.

The hardest part? Selecting which courses to attend, by far! I knew I would want to stay in Eunice’s class once I started going there and was almost relieved that she was delayed arriving so I could try out another. I did go to both Susan’s and Myra’s – and I was hooked from the get-go, knew I wouldn’t be looking any further afield this year. The other person I was most interested in was Marj Hahne, but I intended to attend poetry critiquing and knew she was doing that, so decided to cover getting to know her—at least a little bit—that way.

Every evening was rich with speakers and awards, readings, and more; the Red Door Lounge filled with camaraderie and good food and drink.

I like to read my poetry aloud but haven’t done that in awhile, and not in front of a large crowd for quite some time. Still, I was determined to do it here – and am thrilled I did – never a warmer crowd than this one.

Dancing – we danced every night before other more formal parts of the evening got started – if someone had told me I’d be doing that, I would have pooh-poohed the idea as not happening, but somehow, here – with these women, the most natural and fun thing ever.

The seminar about writing for racial healing: “experimental”, it was billed. Heart-warming and inspiring is how it felt. I hope we do more of this in the future. I especially liked that we each committed to doing one thing, in the near future, to promote racial healing.

From dining in the great hall (which many of us agreed reminded us of Hogwarts) to moving across the quads to go to class, IWWG 2017, was filled with the joy of learning and being amongst our tribe – women who were philosophically attuned to each other. Is there a greater joy? I can’t imagine one.

Some Photos from the College: 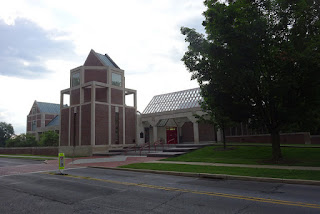 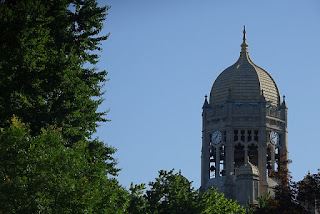 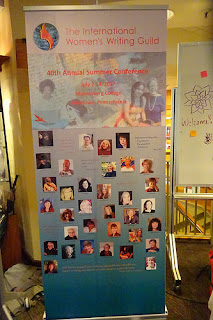 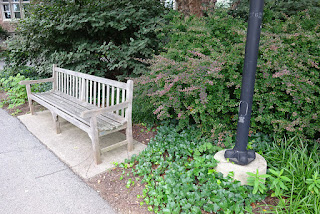 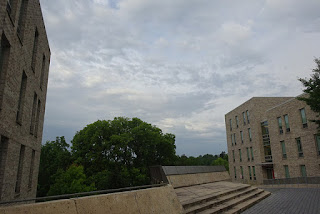 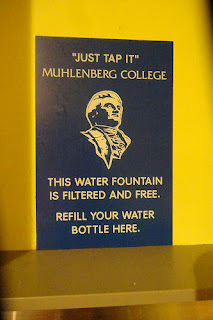 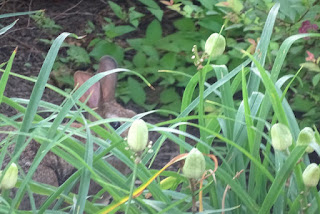 Haven't been posting much, so when a poem goes live ... have to crow a little

NOT TO WORRY, THIS CAN BE IMPROVED 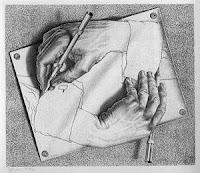 Take it apart - no - tear it apart
and be ruthless, the editor says to me
Do what you would if you were
changing a very dirty diaper
You know what you'd be getting rid
of then, right?
That's what you need to do when you
revise your poem - get rid of all the sh**
That's the only way to make it better,
to make it good
I know she's right, I do
Sighing, I begin 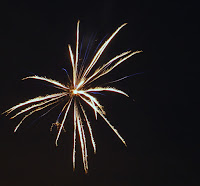 On a porch in Amish country
a wise grandmother of the first
order knits a crooked path
Once it is of suitable length,  she
covers it with dry tobacco leaves
Then casts it up past the eaves
up past the stars
up past the edge of the world
Until the path finds a black hole
in the sky and is gone
And the grandmother just sits
there with her plants and knits
no more.

From a wonderful course out of Duke University (a MOOC, courtesy of Coursera) - a group of writers stayed in touch and wrote stories about places they were from, and/or had lived ... under the guidance and care of a special leader, Jaya Sengupta - a special volume came into being (more than one actually  - there's a cookbook that led off, then a two-part storybook). Here's the preview from my section ... 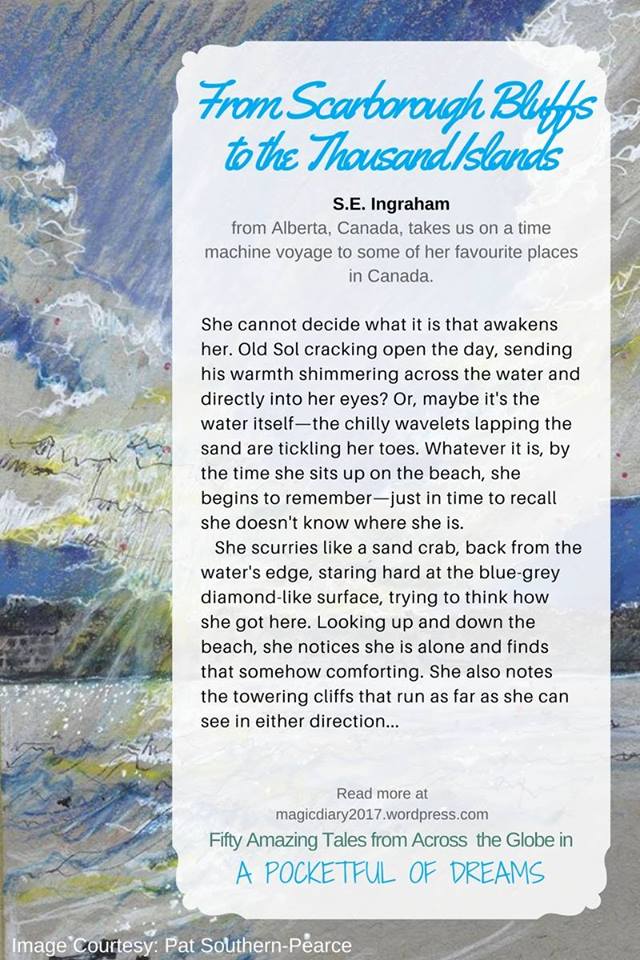